A Sentimental Journey Back to Groats

I often think about the way we humans ate, up until very recently, and it frustrates me to compare that with the way we eat now.  It wasn't always this way. I really believe we've just strayed the course a bit and that we can make it back.  It's so much more than simply "learning to love the foods that love us back," like I always suggest.  It's learning to really love food in general--all over again.

When was the last time you stopped to really chew and savor that meal from the drive through.  If we had to stop and try and find enjoyment in it, I am certain it would not taste nearly as good.

One of my own greatest pleasures is watching my own children find enjoyment in food; a fresh, ripe strawberry that splatters juice onto their clothing, blueberries right off of the bush and still warm from the sun, crisp beans they've snagged out of the produce bag on the way home from the farmer's market.  When they begin pulling watermelon's out of the fields here in July, my children cheer.  And though we have a somber, private ceremony when their father brings home a deer in the fall, they also can hardly contain their excitement for they know that Papa will be cooking up some butterloin for dinner--and to the four people that live in my house, little is better than the taste of a fresh venison butterloin.

My friend Kel of Kel's Closet posted the following story a few days ago and has granted me permission to repost. The story brought me back to the kitchen of Judy, a mentor to young Kel, through the eyes of a foodie before her own time. I hope you enjoy it as much as I did. 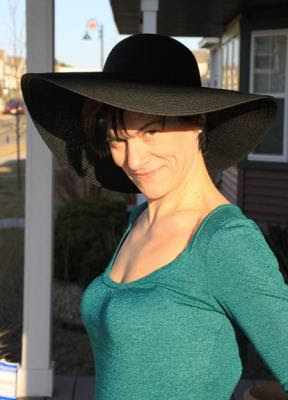 Taken Back in Time by Kel

Groats, as defined by The Eat Clean Diet Cookbook are minimally processed whole oats with just the outer hull removed.

I followed the instructions for making them. Rinse, brown in some oil, then add 2 parts water to 1 part groats and simmer, covered, for 30 minutes.

This is not a tale of groats gone bad. Rather, I found I had stepped into the Groat Time Machine.

The only reason I had ever heard of groats was that 30 years ago (yikes) I babysat for a family, and the Mom used to make groats weekly. They were a staple to her diet. There was always a container of them in the refrigerator.

As I cooked my groats, I found the aroma to be so familiar. I was taken back to Judy's kitchen. She was way before her time. She was clean eating before there was such a thing. She cooked almost everything from scratch. Her children did not know what the inside of a McDonalds looked like (or the outside for that matter.) Well, it is possible that they were taken out by their grandparents, but if they were? It was a sworn secret.

She was well known for her dinner parties. Every one loved to be invited. She would host parties for 8 to parties of 50. I was her "sous" chef. I did a lot of the prep work, chopping onions. I remember cleaning out artichokes - raw- so that she could make marinated artichoke hearts. I had purple hands from peeling beets, and red ones when strawberries were in season. I did most of the baking. I can say honestly, I learned to bake in her kitchen.

She always had popcorn at the ready for a snack, and served it with real butter. She had a stash of dark chocolate.

The way she cooked was so beyond what I had at home. My mom was a great home cook, but there was just something special about Judy's meals.

As I toasted the groats today, the aroma hit me and I had to laugh. Here, 30 years later, I am cooking groats just like Judy did. When they were done, I topped them with half n half, and maple syrup. Just like Judy did. They were nutty and chewy just like I remembered. Her kids loved these.

I find myself wishing I had paid more attention to the way she ate and the recipes she prepared, knowing that now, I am eating the way she did.

Way before her time, she was, and I think NOW is the time to get more people eating the way she did.